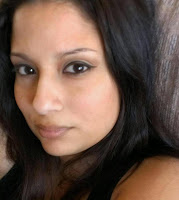 April Barbosa, Columnist &amp; Poet, MSnewsChannel.com
I have read so many stories from people with MS who have had loved ones abandon them because of their illness.  I used to think MS is not bad I got this I need no one but myself. Then the MS decided to show me its real power and it destroyed me from the inside out. My symptoms weren’t a big deal, at first. My legs hurt and I was a little bit forgetful. Then the Multiple Sclerosis decided to mess with my emotions and state of mind.  I began to think less of myself, I became angry and hateful.

Whenever I saw happy people I would instantly not like them, not because of anything to do with them it was because of me. I was jealous that everyone else was “normal” and didn’t feel shitty like I did. My anger began to show by the way I talked to people. I wouldn’t censor my words anymore. I said mean things just to hurt people. I thought hurting others made me feel better but in actuality it just hurt my relationships.

Family and friends began to avoid me. I felt more alone than ever. The only ones who didn’t give up on me were my husband and kids.  I regret those dark years of my life I had turned into an awful person.  I drank heavily to hide from my roller coaster of emotions, to hide from my pain, to not see the monster I had become.  I was selfish and always thought of myself I never stopped and truly seen what I was doing to my family.  This went on for years. 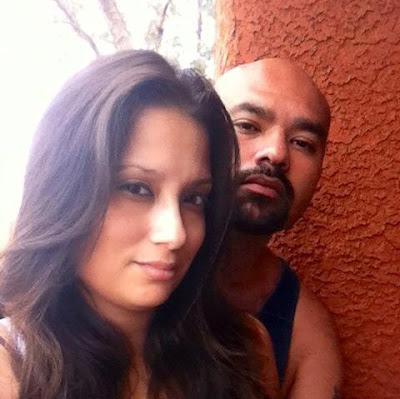 Then one day I noticed my husband and children were strangers to me.  I had never took the time to have conversations with them I was too busy being judgmental and rude. My husband and I were constantly arguing and my favorite thing to say during an argument was that I wanted a divorce and so many other mean horrible things that I can’t even bring myself to type them. I was falling fast and taking my family with me I started to see what my actions were causing. I’d look in the mirror and hate myself more and more each day.

I couldn’t take control I didn’t know how. I did the only thing I thought would fix everything, I tried to kill myself. The medications my doctor had prescribed me were stock piled in my medicine cabinet because I never took them, like everything else around me I let my MS run wild. I remember walking into the bathroom there was no debate with myself I wanted to die. I was tired of the pain I was in but most of all I was tired of all the hurt and chaos I was causing my family. I opened the pill bottle. I looked at my own reflection in the mirror. I locked eyes with myself as I swallowed the pills one by one.

All the while in my head I was listing off the reasons I no longer wanted to live.  I believed my relationships with my husband and kids were irreparable.   I put the empty pill bottles back into the medicine cabinet and walked in a daze to the living room. My husband was not home, it was just me and my kids. My son who was just a year old came and sat by me on the couch, he wanted me to hold him. I picked him up and the guilt started. My daughters came and sat by us too. My conscience reminded me of all the things I hated about myself but then it made me see what I was doing.

My kids would be the ones who saw me die, my kids and husband would be the ones who lived with the hurt I was causing and I was taking the coward’s way out. Instead of facing all the shit I had caused and fixing it I was once again running away from my reality. I called my sister, I talked to her and I guess I told her what I had done because soon there was banging on my front door and my sister told me if I didn’t open the door the cops were going to break it down. My house of cards had fallen my reality was in the spotlight. I was a horrible mom and wife. I was hateful, rude, abusive and an alcoholic. The looks on the cops’ faces said it all they were disgusted by me.

I didn’t die, but something inside of me did. I became more depressed and numb. I drank more. This went on for years, and then one day after one to many fights, one too many chances my caring loving husband told me he didn’t love me anymore. This was like a slap in the face, cold water thrown on a fevered soul. It woke up all that had been numb. All the emotions I had no longer felt emerged full force. Reality landed on me like a ton of bricks. He left.

I called and texted, begging him not to leave pleading for another chance, saying the same promises that I had told him each time I had messed up but this time was different this time I meant everything I said. There was no instant fix this time. I didn’t see the same love for me in his eyes anymore. He was cold and distant. He told me I had to change or he was leaving. The look in his eyes told me it was not an idle threat he would really leave. My world came crashing down.

I finally learned how to love and not take my husband and kids for granted. I grew up in that instant. My husband made me into a better person by putting his down. We started from scratch. We looked at it as a brand new relationship because I was a new person. Never again will I ever take my husband for granted. Never again will I let multiple sclerosis take over my life. Never again will alcohol be my way out. When I am in pain or having doubts my family is who I run to. My husband’s arms are now my way out. He holds me until I know its all ok and I can face another day.
Posted by MSnewsChanel.com.com at 8:09 AM