January 25th 2005 is a very significant day in my life. Not my birthday, more like my rebirth day. This was the day I was diagnosed with Multiple Sclerosis. The day I grew up... 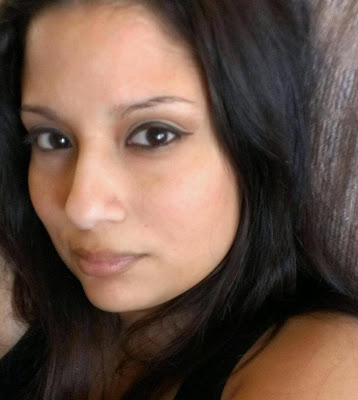 April Barbosa, Poet & Columnist, MSnewsChannel.com
I am blunt, I like to say very random things and some people find me offensive so read my column at your own risk!  Oh to be told you have a debilitating illness with no cure, such a horrible a feeling it conjures up. I had never thought of death before then and I was only 24 years old.  Don’t get me wrong my life had been far from easy since the day I was born. I had just never thought of myself when it came to being unhealthy. My oldest daughter Marialisa was 7 years old, My middle daughter Rosaura was 4 years old and my son Joseph was about to turn two years old.  My husband and I had been married a total of 4 years and 7 months and we had just bought our first home.  In my eyes I had been living the life.

I worked at, (what I had thought of at the
time) my ideal job.  I worked as a collections specialist for a hospital.  I was fast with numbers and loved calling people and not harassing them with their bills but helping them.  I was the kind of person who would give people true chances to get caught up and with my help the hospital I worked for was getting its bills paid. The hospital I worked for was a small town hospital. I was in charge of accounts with the last names L-Z.  The hospital’s board and CEO were all new so many changes were coming into place.  I had worked their 4 years and assumed that my bad memory was because of the changes coming with the new staff, but as time kept going on I began to notice I was forgetting things that were a monotonous part of my day.

In the collections department there was just two of us. My coworker was a spiteful person who seemed to take joy in sending accounts to collections companies that would add interest onto their medical bills and ruin credit. I was not a “softie” for peoples’ sob stories I just had been in that job so long I could tell who really needed a chance and who was never going to pay.  There were many senior citizens accounts and people living on a fixed income that I kept constant tabs on their accounts. I did this because they constantly made a monthly payment of $10. I made sure to keep a list of names of all people in the system that made a devoted monthly payment, which was no easy job. But I did it diligently. I had to keep track or risk one of these peoples’ accounts getting sent to a creditor. 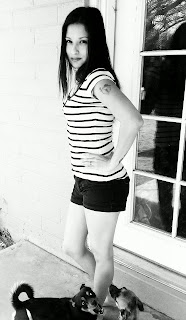 My memory began failing me very slightly at first. I kept forgetting to change a certain code. This code was vital because it would renew their account each month even though they had paid less than the required payment.  In a sense their accounts never aged. With each forgotten code there was a paper trail of my good heart.  My coworker ran monthly reports and each month a few people would show up as having accounts with dates of services that went back a long ways to have not been paid off yet. My coworker, we’ll call her Jane, didn’t notice too much at first because it’s common for a few to slip by unchanged but after a few months the reports had become pages.  Jane reported me to my supervisor and a lot of my privileges regarding accounts were taken away. For the first time I hated my job.

Jane would audit all my work; I began to experience a flashing light in my vision.  I went to my doctor and he sent my first neurologist. He
diagnosed me with silent migraines. To this day I have no clue what a silent migraine is. When I asked what that meant, he said a headache with no pain. Hmm to me that sounds like bullshit. I was young and just went with his diagnosis, I mean he is a Dr. and I was just a young person trying to figure my place in life.

Things kept progressing. I grew depressed and started to drink heavily. Alcohol had always been a vice of mine but having all this weird shit happening to my body and having the doctor basically telling me it was nothing made me kind of lose my mind for a while. I began having severe shortness of breath and seeing floaters. At the time I didn’t know what they were I seriously thought A my house was haunted or B I was hallucinating. I remember the first time I had ever seen a floater. My husband, my brother in law and I were in our living room talking when this beautiful light show began to fall from the sky right in front of me. I had been standing but was caught so off guard I slid onto the couch. My husband and brother in law were still deep n conversation so I figured they couldn’t see what I was seeing. It was terrifying. I excused myself from the room as soon as the floaters stopped. I wanted so badly to cry. I was very scared. Instead I cracked open a cold Budweiser and hid from my reality. 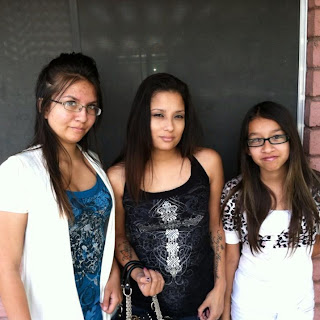 I continued to go to work but it was no longer a place I enjoyed being. My supervisor was a mega bitch and had it out for me. I was in no condition to deal with her in any kind of manner. I would call in as much as I could. She was mean to me and liked to humiliate me in front of my coworkers. I didn’t realize this was illegal so I never complained but my coworkers were always nice and tried to help me as much as they could. Back then I hated this lady but now I am thankful that she was brought into my life. Her dumbass caused me so much stress it made my first exacerbation happen. I had a headache for a month straight, I finally took medical leave I was in the worst MS flare I have ever had.

I kept going to the doctor and all he would tell me was my symptoms were psychosomatic; it was all in my head. I’d leave those appointments wishing I could just die.  I started having pains in my legs and was having a lot of trouble walking. I quit going to the doctors. I felt like they thought I was lying. Then one day I woke up and could not see out of my right eye. I hurried to the doctor and he referred me to an eye doctor. They thought my retina had detached. Dr. Walker was the first doctor who seemed to actually care. He cleared a few appointments for me when I came in. I was hysterical but he calmed me down and let me know my retina had not detached but something was going on with my optic nerve. He referred me back to the original neurologist who said I had silent migraines. 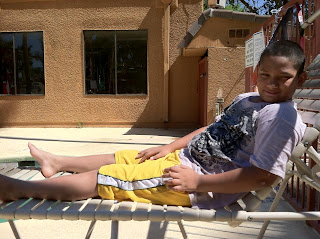 January 25 2005 started like any other day except we had to travel to Tucson for my appointment at the center for neurosciences. The doctor came in did a few tests and looked at my medical records, then looked up, with no emotion in his voice he said “You have MS.” He pulled a packet out of his desk handed it to me stood up and left the room. My husband and I sat there silent. I was in shock the guy sucked at being a doctor he didn’t even explaining anything to me. I thought I was dying.  We left the office in a daze. My husband was trying to talk to me about it but I felt so numb I couldn’t follow the conversation.

I opened the packet and got the answers I needed. I explained everything to my husband. The symptoms didn’t seem like life changers so I didn’t really care. I was in total denial. I couldn’t understand how my own body could betray me like this. I couldn’t understand why the fuck I was given this cross to carry I begged God to take it away to make it not real. It’s been 8 years and I have finally come to terms with having MS. I have learned a lot about me by having this illness and I am proud of who I am.  Sorry for rambling I just wanted to let you all know me a little better. I am blunt, I like to say very random things and some people find me offensive so read my column at your own risk. =p
© 2013 April M. Barbosa
Posted by MSnewsChanel.com.com at 9:25 AM